Princeton University is a private university located in Princeton, New Jersey, United States. The school is one of the eight universities of the Ivy League and is considered one of the Colonial Colleges.

Princeton University has traditionally focused on undergraduate education, although it has almost 2,500 graduate students enrolled. A unique blend of research university and liberal arts, Princeton does not offer professional schooling generally, but it does offer professional master's degrees (mostly through the Woodrow Wilson School of Public and International Affairs) and doctoral programs in the sciences, humanities, and social sciences, as well as engineering.

Princeton was the fourth institution of higher education in the U.S. to conduct classes. The university, unlike most American universities that were founded at the same time, did not have an official religious affiliation. At one time, it had close ties to the Presbyterian Church, but today it is nonsectarian and makes no religious demands of its students. The university has ties with the Institute for Advanced Study, Princeton Theological Seminary, and the Westminster Choir College of Rider University. 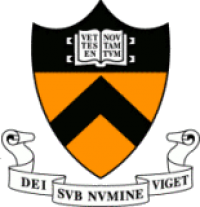 See all Providers
NOTE: CosmoLearning is not affiliated or endorsed by Princeton University. This page is only intended to credit this content provider for their educational content being included on the CosmoLearning site.