The University of Illinois is a member of the Association of American Universities and is classified as a R1 Doctoral Research University under the Carnegie Classification of Institutions of Higher Education, which denotes the highest research activity.[9] In fiscal year 2015, total research expenditures at Illinois totaled $640 million. The campus library system possesses the second-largest university library in the United States after Harvard University. The university also hosts the National Center for Supercomputing Applications (NCSA) and is home to the fastest supercomputer on a university campus.

The university comprises 17 colleges that offer more than 150 programs of study. Additionally, the university operates an extension that offers educational programs to more than 1.5 million registrants per year around the state of Illinois and beyond. The university holds 647 buildings on 4,552 acres (1,842 ha) and its annual operating budget in 2016 was over $2 billion. The University of Illinois also operates a Research Park home to innovation centers for multinational corporations and publically traded firms including Abbott, ADM, Anheuser-Busch InBev, Caterpillar, Capital One, CME Group, John Deere, State Farm, and Yahoo.

Courses Offered by University of Illinois (2) 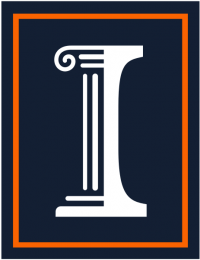 See all Providers
NOTE: CosmoLearning is not affiliated or endorsed by University of Illinois at Urbana–Champaign. This page is only intended to credit this content provider for their educational content being included on the CosmoLearning site.