The University of Toronto (U of T, UToronto, or Toronto) is a public research university in Toronto, Ontario, Canada, situated on the grounds that surround Queen's Park. It was founded by royal charter in 1827 as King's College, the first institution of higher learning in the colony of Upper Canada. Originally controlled by the Church of England, the university assumed the present name in 1850 upon becoming a secular institution. As a collegiate university, it comprises twelve colleges, which differ in character and history, each retaining substantial autonomy on financial and institutional affairs. It has two satellite campuses located in Scarborough and Mississauga.

The University of Toronto has educated two Governors General of Canada and four Prime Ministers of Canada, four foreign leaders, fourteen Justices of the Supreme Court, and has been affiliated with ten Nobel laureates. 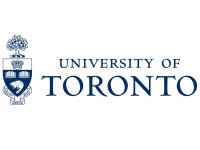 See all Providers
NOTE: CosmoLearning is not affiliated or endorsed by University of Toronto. This page is only intended to credit this content provider for their educational content being included on the CosmoLearning site.