The primary mission of the Army is to "provide necessary forces and capabilities ... in support of the National Security and Defense Strategies." Control and operation is administered by the Department of the Army, one of the three military departments of the Department of Defense. The civilian head is the Secretary of the Army and the highest ranking military officer in the department is the Chief of Staff, unless the Chairman of the Joint Chiefs of Staff or Vice Chairman of the Joint Chiefs of Staff are Army officers. The Regular Army reported a strength of 539,675 soldiers; the Army National Guard (ARNG) reported 360,351 and the United States Army Reserve (USAR) reported 197,024 putting the combined component strength total 1,097,050 soldiers (2008 Financial Year). 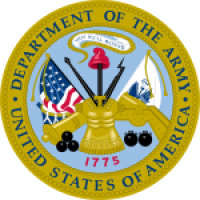 See all Providers
NOTE: CosmoLearning is not affiliated or endorsed by U.S. Army Forces. This page is only intended to credit this content provider for their educational content being included on the CosmoLearning site.