Warner Home Video is the home video unit of Warner Bros. Entertainment, Inc., itself part of Time Warner. It was founded in 1978 as WCI Home Video (for Warner Communications, Inc.). It was re-named Warner Home Video in 1980. Though some other Hollywood movie studios changed their "Home Video" units' names to "Home Entertainment" with the advent of DVD in the late 1990s, WHV's name has not changed yet.

The company releases titles from the film and television library of Warner Bros. Studios, as well as programs from other Time Warner companies. Currently, they also serve distributor for television and/or movie product released by BBC, Lifetime, HBO, Cartoon Network, Turner Entertainment Co., truTV (known as Court TV until 2008), Adult Swim, TNT, National Geographic Society in the U.S., and product from the NBA, NFL, and NHL.

Some early releases were time-compressed in order to save tape time and money and to compensate for long-playing cassettes being unavailable in the early days of home video. One example was 1978's Superman in which the film was released in a 127-minute format, compared to its 143-minute theatrical release.

Warner Bros. began to branch out into the videodisc market, licensing titles to MCA DiscoVision and RCA's SelectaVision videodisc formats, allowing both companies to market and distribute the films under their labels. By 1985, Warner was releasing material under their own label in both formats.

Warner also experimented with the "rental-only" market for videos, a method also used by 20th Century Fox for their first release of Star Wars in 1982. Two known films released in this manner were Superman II and Excalibur.

In 1997, Warner Home Video was one of the first major American distributors for the new DVD format, by releasing Twister on DVD. Warner executive Warren Lieberfarb is often seen as "the father of DVD". 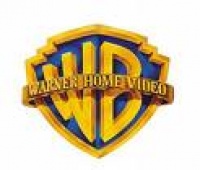 See all Providers
NOTE: CosmoLearning is not affiliated or endorsed by Warner Home Video. This page is only intended to credit this content provider for their educational content being included on the CosmoLearning site.