The Venus Express probe was designed and built by the European Space Agency. Launched on November 9, 2005 by a Russian Soyuz-Fregat rocket procured through Starsem, it successfully assumed a polar orbit around Venus on April 11, 2006. The probe is undertaking a detailed study of the Venusian atmosphere and clouds, and will also map the planet's plasma environment and surface characteristics, particularly temperatures. Its mission is intended to last a nominal 500 Earth days, or around two Venusian years. One of the first results emerging from Venus Express is the discovery that a huge double atmospheric vortex exists at the south pole of the planet.

NASA's MESSENGER mission to Mercury performed two flybys of Venus in October 2006 and June 2007, in order to slow its trajectory for an eventual orbital insertion of Mercury in 2011. MESSENGER collected scientific data on both those flybys. The European Space Agency (ESA) will also launch a mission to Mercury, called BepiColombo, which will perform two flybys of Venus in August 2013 before it reaches Mercury orbit in 2019.

Future missions to Venus are planned. Japan's aerospace body JAXA is planning to launch its Venus climate orbiter, PLANET-C, in 2010. Under its New Frontiers Program, NASA has proposed a lander mission called the Venus In-Situ Explorer to land on Venus to study surface conditions and investigate the elemental and mineralogical features of the regolith. The probe would be equipped with a core sampler to drill into the surface and study pristine rock samples not weathered by the very harsh surface conditions. The Venera-D (Russian: Ð 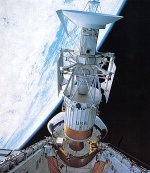