The rise of Islam, based on both the Qur'an and Muhammad strongly altered the power balances and perceptions of origin of power in the Mediterranean region. Early Islamic philosophy emphasized an inexorable link between science and religion, and the process of ijtihad to find truth - in effect all philosophy was "political" as it had real implications for governance. This view was challenged by the Mutazilite philosophers, who held a more Greek view and were supported by secular aristocracy who sought freedom of action independent of the Caliphate. By the late ancient period, however, the Asharite view of Islam had in general triumphed.

Islamic political philosophy, was, indeed, rooted in the very sources of Islam, i.e. the Qur'an and the Sunnah, the words and practices of Muhammad. However, in the Western thought, it is generally supposed that it was a specific area peculiar merely to the great philosophers of Islam: al-Kindi (Alkindus), al-Farabi (Abunaser), Ä°bn Sina (Avicenna), Ibn Bajjah (Avempace), Ibn Rushd (Averroes), and Ibn Khaldun. The political conceptions of Islam such as kudrah, sultan, ummah, cemaa -and even the "core" terms of the Qur'an, i.e. ibada, din, rab and ilah- is taken as the basis of an analysis. Hence, not only the ideas of the Muslim political philosophers but also many other jurists and ulama posed political ideas and theories. For example, the ideas of the Khawarij in the very early years of Islamic history on Khilafa and Ummah, or that of Shia Islam on the concept of Imamah are considered proofs of political thought. The clashes between the Ehl-i Sunna and Shia in the 7th and 8th centuries had a genuine political character.

The 14th century Arab scholar Ibn Khaldun is considered one of the greatest political theorists. The British philosopher-anthropologist Ernest Gellner considered Ibn Khaldun's definition of government, "an institution which prevents injustice other than such as it commits itself", the best in the history of political theory.

Islamic political philosophy did not cease in the classical period. Despite the fluctuations in its original character during the medieval period, it has lasted even in the modern era. Especially with the emergence of Islamic radicalism as a political movement, political thought has revived in the Muslim world. The political ideas of Abduh, Afgani, Kutub, Mawdudi, Shariati and Khomeini has caught on an ethusiasm especially in Muslim youth in the 20th century. 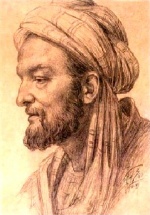