Britain had gone through some of its most troubling times through the 17th century, enduring not only political and religious division in the English Civil War, King Charles I's execution and the Cromwellian dictatorship, but also the plagues and fires. The monarchy was restored under Charles II, who had catholic sympathies, but his successor King James II was swiftly ousted. Invited in his place were Protestant William of Orange and Mary, who assented to the Bill of Rights 1689 ensuring that the Parliament was dominant in what became known as the Glorious revolution. The upheaval had seen a number of huge scientific advances, including Robert Boyle's discovery of the gas pressure constant (1660) and Sir Isaac Newton's publication of Philosophiae Naturalis Principia Mathematica (1687), which described the three laws of motion and his law of universal gravitation. All these factors spurred the advancement of economic thought. For instance, Richard Cantillon (1680-1734) consciously imitated Newton's forces of inertia and gravity in the natural world with human reason and market competition in the economic world.[20] In his Essay on the Nature of Commerce in General, he argued rational self interest in a system of freely adjusting markets would lead to order and mutually compatible prices. Unlike the mercantilist thinkers however, wealth was found not in trade but in human labour. The first person to tie these ideas into a political framework was John Locke.

John Locke (1632-1704) was born near Bristol and educated in London and Oxford. He is considered one of the most significant philosophers of his era mainly for his critique of Thomas Hobbes' defence of absolutism and the development of social contract theory in Leviathan (1651). Locke believed that people contracted into society which was bound to protect their rights of property.[21] He defined property broadly to include people's lives and liberties, as well as their wealth. When people combined their labour with their surroundings, then that created property rights. In his words from his Second Treatise on Civil Government (1689),

God hath given the world to men in common... Yet every man has a property in his own person. The labour of his body and the work of his hands we may say are properly his. Whatsoever, then, he removes out of the state that nature hath provided and left it in, he hath mixed his labour with, and joined to it something that is his own, and thereby makes it his property.[22]

Locke was arguing that not only should the government cease interference with people's property (or their "lives, liberties and estates") but also that it should positively work to ensure their protection. His views on price and money were laid out in a letter to a Member of Parliament in 1691 entitled Some Considerations on the Consequences of the Lowering of Interest and the Raising of the Value of Money (1691). Here Locke argued that the "price of any commodity rises or falls, by the proportion of the number of buyers and sellers," a rule which "holds universally in all things that are to be bought and sold."[23]

Dudley North (1641-1691) was a wealthy merchant and landowner. He worked as an official for the Treasury and was opposed to most mercantile policy. In his Discourses upon trade (1691), which he published anonymously, he argued that the assumption of needing a favourable trade balance was wrong. Trade, he argued, benefits both sides, it promotes specialisation, the division of labour and produces an increase in wealth for everyone. Regulation of trade interfered with these benefits by reducing the flow of wealth.

David Hume (1711-1776) agreed with North's philosophy and denounced mercantile assumptions. His contributions were set down in Political Discourses (1752), later consolidated in his Essays, Moral, Political, Literary (1777). Added to the fact that it was undesirable to strive for a favourable balance of trade it is, said Hume, in any case impossible. Hume held that any surplus of exports that might be achieved would be paid for by imports of gold and silver. This would increase the money supply, causing prices to rise. That in turn would cause a decline in exports until the balance with imports is restored. 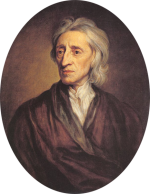