The Greco-Roman or Graeco-Roman in History refers to the peoples and countries whose culture were extensively and closely influenced by the language, traditions, government and beliefs of the ancient Greeks and Romans. Geographically, the region refers to the "Mediterranean world", the wide territory centered on the Mediterranean and Black Sea basins under the cultural influence of Greeks and Romans, i.e. one wherein their cultural perceptions, ideas and sensitivities were dominant. This period of the History is also known as Classical Antiquity, Classical Era or Classical Period traditionally taken to begin with the first documented Greek poetry of Homer (8th-7th century BC), continuing through the beginnings of Christianity and the decline of the Roman Empire (5th century AD). It ends with the disbanding of classical culture at the close of Late Antiquity (AD 300-600), blending into the Early Middle Ages (AD 500-1000). Classical Antiquity covers, in fact, a large variety of cultures and periods under the major influence of Greece and Rome. Among the regions covered by these period of the History are the Hellenistic Greece, the Roman Dacia, Roman Britain, Roman Iberia, Gaul, The Balkans, Carthage, Ancient Macedonia, Troy and Ancient Cyprus. Their influence extended beyond the original region, forging dramatically the idioms, beliefs, politics, education, knowledge, art and architecture of the modern world, fueling the Renaissance in Western Europe and the neo-classical revivals in the 18th and 19th centuries. 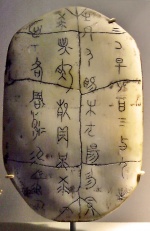