The history of psychology is the history of thought about human consciousness and conduct. Psychological theory has its roots in ancient Greek philosophy and has been fed from streams such as epistemology (the philosophy of knowing), metaphysics, religion, and Oriental philosophy.

Over the centuries psychology and physiology became increasingly separated. A split developed between the essentially phenomenological (experiential) and mechanistic (physiological) conceptions of psychology. In general, through the end of the 19th century the British and German traditions were phenomenological, while the French and American were mechanistic. The history of psychology from the 19th century may be viewed as a debate between schools of systematic thought concerning the mind, such as associationism, structuralism, and functionalism; or alternatively, as a history of experimentation and research in various areas. Twentieth-century psychology began with structuralism, which employed the method of introspection to describe mental events. It then evolved into psychoanalysis, a derivative of psychiatric tradition, and produced behaviourism and Gestalt psychology, which were reactions against structuralism. Humanistic psychology represented a rebellion against the reductionist and deterministic leanings of earlier schools.

By World War II, “schools” of psychology had largely faded away, leaving a common pool of psychological knowledge to which theoreticians, researchers, experimenters, and clinicians all contributed. Biological psychology and psychobiology, fields of study combining psychology and physiology, grew in conjunction with these developments. 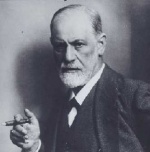 Sigmund Freud (1856-1939), Austrian physician, neurologist, and founder of psychoanalysis, who created an entirely new approach to the understanding of human personality.