Innovation is a new way of doing something or "new stuff that is made useful"[1]. It may refer to incremental and emergent or radical and revolutionary changes in thinking, products, processes, or organizations. Following Schumpeter (1934), contributors to the scholarly literature on innovation typically distinguish between invention, an idea made manifest, and innovation, ideas applied successfully in practice. In many fields, something new must be substantially different to be innovative, not an insignificant change, e.g., in the arts, economics, business and government policy. In economics the change must increase value, customer value, or producer value. The goal of innovation is positive change, to make someone or something better. Innovation leading to increased productivity is the fundamental source of increasing wealth in an economy.

Innovation is an important topic in the study of economics, business, design, technology, sociology, and engineering. Colloquially, the word "innovation" is often synonymous with the output of the process. However, economists tend to focus on the process itself, from the origination of an idea to its transformation into something useful, to its implementation; and on the system within which the process of innovation unfolds. Since innovation is also considered a major driver of the economy, especially when it leads to increasing productivity, the factors that lead to innovation are also considered to be critical to policy makers. In particular, followers of innovation economics stress using public policy to spur innovation and growth.

Those who are directly responsible for application of the innovation are often called pioneers in their field, whether they are individuals or organisations.

A personification of innovation as represented by a statue in The American Adventure in the World Showcase pavilion of Walt Disney World's Epcot.

Bringing Creativity into an Organization
course by STANFORD taught by Robert I. Sutton
added 12 years ago Start Course 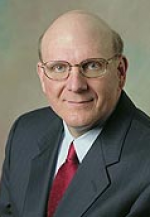