Jiddu Krishnamurti lived from 1895 to 1986, and is regarded as one of the greatest philosophical and spiritual figures of the twentieth century. Krishnamurti claimed no allegiance to any caste, nationality or religion and was bound by no tradition. His purpose was to set humankind unconditionally free from the destructive limitations of conditioned mind. For nearly sixty years he traveled the world and spoke spontaneously to large audiences until the end of his life in 1986 at the age of ninety. He had no permanent home, but when not traveling, he often stayed in Ojai, California, Brockwood Park, England, and in Chennai, India. In his talks, he pointed out to people the need to transform themselves through self knowledge, by being aware of the subtleties of their thoughts and feelings in daily life, and how this movement can be observed through the mirror of relationship.

Krishnamurti was first discovered by the Theosophists on a beach in India in 1910. He was just 13 years old. Annie Besant, leader of the Theosophical Society at that time, undertook to educate Krishnamurti and his brother in England. Krishnamurti was on a trajectory to be the new "World Teacher" for the ages. Then he took an extraordinary turn. In 1929, at the age of 32 and at one of the enormous annual European gatherings of the Theosophists in Holland, he announced his decision to step down from any formal role or plan to promote him as a World Teacher, resigned as figure head of the Theosophists, and cut all ties to any notion of a religious or spiritual organization. This was followed immediately by a "core" statement, summarized as "Truth Is A Pathless Land: man cannot come to it through any organization, through any creed, through any dogma, priest or ritual, not through any philosophic knowledge or psychological technique. He has to find it through the mirror of relationship, through the understanding of the contents of his own mind, through observation and not through intellectual analysis or introspective dissection." For the rest of his long life, he taught not as an authority but as an investigator looking into life's fundamental issues through questioning all assumptions, and challenging his listeners to do the same. The body of Krishnamurti's work is enormous, some estimate it at more than 100 million words; 60 years of more or less uninterrupted appearances around the world. His charge to the Foundations at his death in 1986 was to spread his un-interpreted, authentic body of work around the world. His talks and dialogues have been compiled and published in more than sixty books and translated into as many different languages. His books include The Ending of Time, Freedom from the Known, Commentaries on Living, Education and the Significance of Life, The Awakening of Intelligence, and The First and Last Freedom. 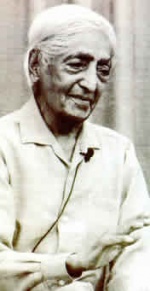