Labour economics seeks to understand the functioning and dynamics of the market for labour. Labour markets function through the interaction of workers and employers. Labour economics looks at the suppliers of labour services (workers), the demanders of labour services (employers), and attempts to understand the resulting pattern of wages, employment, and income.

In economics, labour (or labor) is a measure of the work done by human beings. It is conventionally contrasted with such other factors of production as land and capital. There are theories which have developed a concept called human capital (referring to the skills that workers possess, not necessarily their actual work), although there are also counter posing macro-economic system theories that think human capital is a contradiction in terms. 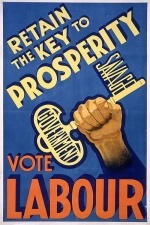