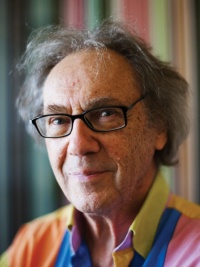 In this video lecture, Prof. Walter Lewin discusses how heat raises the temperature, and usually the volume of the material that absorbs the heat. He also lectures on the linear and cubical thermal expansion coefficients of metals (including mercury), which are described and demonstrated. Ice is also discussed as a special case.

There are no comments. Be the first to post one.
Posting Comment...
CosmoLearning ›
Subject: Physics
Courses
Physics I: Classical Mechanics