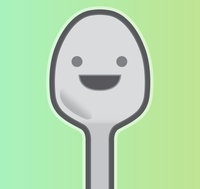 The objectives of this video are to discuss static and kinetic friction followed by the consideration of friction-force plot. Basically, the term friction refers to the resistance offered to the movement of a body past another body with which it is in contact. It is a force that occurs between the surfaces of two bodies. A friction force resists motion, therefore acts in opposite direction to the movement of the bodies. Moving on, the video talks about static friction with an example which is the friction that resists all type of movement and in such case the FBD is found to be in equilibrium.

Mechanics, the study of forces and physical bodies, underpins a very large proportion of all forms of engineering. A thorough understanding of mechanics is essential to any successful engineer. This course helps develop an understanding of the nature of forces with consideration for how they may be simplified in an engineering context. The conditions of equilibrium are then used to solve a number of problems in 2D and 3D before moving on to a broad range of topics including centroids, distributed loads, friction and virtual work. The course will also provide an introduction to dynamics, with a particular focus on the effects that forces have upon motion.

There are no comments. Be the first to post one.
Posting Comment...
CosmoLearning ›
Subject: Engineering
Courses
Engineering Mechanics: Statics & Dynamics