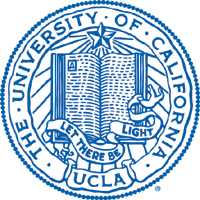 This video lecture, part of the series Organic Reactions and Pharmaceuticals by Prof. Steven A. Hardinger, does not currently have a detailed description and video lecture title. If you have watched this lecture and know what it is about, particularly what Chemistry topics are discussed, please help us by commenting on this video with your suggested description and title. Many thanks from,

There are no comments. Be the first to post one.
Posting Comment...
CosmoLearning ›
Subject: Chemistry
Courses
Organic Reactions and Pharmaceuticals