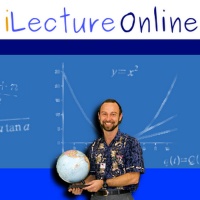 Word problems are challenging, but rewarding once you learn how they're done! Let's take a look at another word problem. This problem deals with ratios. This problem is a little more complicated than the first two, but it's bark is worse than its bite.

His videos are short and straight-forward, presenting the problems clearly, with explanation, and a thorough solution.

There are no comments. Be the first to post one.
Posting Comment...
CosmoLearning ›
Subject: Mathematics
Courses
Algebra: Word Problems